Leaders and Followers: A Partnership of Equals

HomeLeadershipLeaders and Followers: A Partnership of Equals

He stood and looked over the crowd. His heart welled with emotion as he turned to the elite soldiers that surrounded him. He could give anything for these men. He had served them well and in return they had been resolute about seeing this day come to pass. They had risked their lives to preserve his. His mind went back to when it all started…

They had come one by one: haggard, hungry, and despondent. Not the most attractive or desirable group of people bearing in mind his circumstances at the time; a hunted down fugitive. None brought any resources; he soon found out that many were running away from creditors. Most were discontented with the political environment in the country. He had kept hoping that one would come with the kind of resources that would relieve him of the pressure he was undergoing at the time: catering for hundreds of them. None did. Instead more who were in distress came. Over the last 20 years, that motley bunch of men had transformed to the most formidable fighting force in the world. Filled with emotion, King David turned to address the crowd on his coronation day.

The story of David and his mighty men as related in 1 Samuel is an exceptional example of a leader taking up a dodgy group of followers, and empowering them to achieve results far beyond what either of them could ever have dreamed possible. Most times though, leaders and followers are at odds with each other and the results are often much less than spectacular.

Leadership is a process whereby an individual influences followers to achieve a common goal. It’s however too often seen as an inherently individual phenomenon and yet no leader, however brilliant can accomplish much without a committed team of loyal followers.

The success of leaders is determined to a great extent by the quality of followers that they have. So the ideal relation between leaders and followers is a partnership of equals; one without the other results in failure. Each should be given the respect they deserve though ultimately the leader possesses the final authority.

In partnerships both parties have equal authority and as in leadership, truthfulness and integrity are essential. Both parties must make a commitment to truth and authenticity. The temptation in the market place to slide into deceptive, dissembling, manipulative practices for short term benefits is always there.

The Global Leadership and Organizational Behavior Effectiveness (GLOBE) research program initiated in 1991 by Robert House worked with 170 research associates around the world to study the perceived characteristics of effective leaders across the globe. They came up with four universal facilitators and three universal hindrances of leadership effectiveness. The facilitators were identified as:

Transformational leaders encourage participation and involvement. The exchange of ideas between leader and follower does not pose a threat to either party. They know how to give power away and how to make others feel powerful; the leader and followers are not only partners, they are also friends.

King David’s motley bunch was transformed from being a group of fugitives and social outcasts (I Samuel 22:2) to becoming the nucleus of the most formidable army in their generation, only likened to the army of God (I Chronicles 12:22).

This is an example of what can be achieved when leaders and followers come together in a partnership of equals. 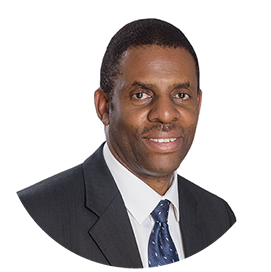